When we polled the breakfast roundtable participants at our 2017 annual meeting about future discussion topics and therefore meeting themes, science communication emerged overwhelmingly as the leading suggestion. Perhaps a sign of the times, we seem to be clamoring for ways to more effectively communicate science to peers, the public, and policy makers. The March for Science event that we sponsored in April 2017 is a case in point. Coincidentally, one of the Western Section’s objectives is to encourage communication between and among members and non-members. After all, science is not science until it’s communicated. The problem is that we tend to assume that when we present people with the facts, they will understand what we are saying and why it’s important. But they often don’t.
Our plenary panelists have devoted a lot of time to thinking about why that is, and they have developed ways to overcome this problem. Randy Olson, taking cues from the creative storytelling power of Hollywood, focuses on the importance of narrative structure in communicating science. Jon Hooper strives to help us give more compelling presentations by identifying what to do and what *not* to do. Mike Gil and Sara ElShafie make science accessible to broad audiences, Mike through popular media like YouTube, and Sara by character development, conflict-resolution, and other Pixar-inspired storytelling techniques.
Each panelist will discuss their approach to effectively communicating science, impart one key communication device, and then address questions from the moderator and audience.
Plenary Schedule:
1:30pm Welcome and Introduction – Jeff Davis
1:40pm Panelist presentations (5 minutes each) – Randy Olson, Jon Hooper, Mike Gil,
and Sara ElShafie
2:10pm Questions from the moderator and audience
3:00pm Plenary ends, afternoon break.

The Plenary is Sponsored by  Colibri Ecological Consulting 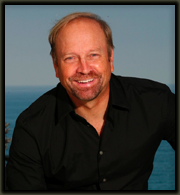 Randy Olson  Once upon a time… Randy Olson was a humble, mild-mannered professor of marine biology at the University of New Hampshire. But then his brain sort of turned inside out and he shifted from scientist to artist. It happened in his first year as a professor. He hit a point where he realized that after fifteen years of telling stories OF science he had grown more interested in telling stories ABOUT science.  Despite his Harvard Ph.D., four years of post-doctoral research in Australia and Florida, and years of diving around the world from the Great Barrier Reef to Antarctica, he tossed it all in, resigned from his tenured professorship, and moved to Hollywood to explore film as a medium for communicating science.  Today he is an INDEPENDENT FILMMAKER and no longer considers himself a scientist, but is now fluent in the two languages of science and cinema. In addition to writing and directing his own feature films about major issues in science, he has worked with a variety of clients to assist them with the use of visual media in communicating science to the general public. Through his writings he has both related his journey and continues his exploration into the role of storytelling in the mass communication of science.

Jon Hooper  Dr. Jon Hooper’s professional “mission” is to help people better understand how ecological systems truly function (i.e., replacing fallacies with facts) so they can make ecologically-sound decisions on environmental issues. Jon has taught wildlife education and environmental communication workshops for more than 40 years throughout the U.S. for more than 35 agencies and organizations. He has published more than 40 wildlife communication publications. Jon is a Certified Wildlife Biologist via The Wildlife Society as well as a Certified Interpretive Trainer and “Fellow” with the National Association for Interpretation. He is a professor emeritus from the Department of Recreation, Hospitality, and Parks Management at California State University, Chico. Jon has worked for Wildlife Extension (Cooperative Extension Service) in both Colorado and California as well as for the Colorado Division of Wildlife where he did fisheries biology field work in -47-degree weather! Jon taught the Western Section’s “Natural Resources Communication Workshop” (NRCW) for more than 40 years (from 1975 until 2016) and received the Raymond F. Dasmann Professional of the Year Award from the Western Section in 2002.

Mike Gil  Dr. Mike Gil, Ph.D., is a National Science Foundation (USA) Postdoctoral Research Fellow (University of California, Davis), a TED Fellow, and a National Geographic Explorer. Dr. Gil has studied various marine ecosystems in the USA, the Caribbean, French Polynesia and Southeast Asia, from coastal coral reefs, seagrass meadows, and salt marshes to plastic pollution in the middle of the Pacific. His diverse research efforts are unified by a common goal: better understand how natural communities of organisms function and provide invaluable services to humankind in a changing world. In addition to his scientific research, Dr. Gil is an award-winning science communicator with broad interests in connecting the public with the process of scientific discovery and all that it offers to individuals and to humankind, as a whole. To this end, Dr. Gil founded and runs a 501(c)(3) non-profit organization, SciAll.org, which uses mass science communication to diversify interest in science.

Sara ElShafie  Sara ElShafie is a doctoral candidate in Integrative Biology at the University of California, Berkeley. Her research, based at the UC Museum of Paleontology at Berkeley, investigates climate change impacts on animal communities over time. Sara is passionate about making research accessible and exciting for the masses. She works with artists, scientists, and educators around the country to develop programs that train professionals to engage the public with their work. Sara is currently piloting a story training workshop series for scientists, which she developed in collaboration with artists at Pixar Animation Studios. She is also organizing a symposium, Science Through Narrative: Engaging Broad Audiences, for the 2018 Annual Meeting of the Society for Integrative and Comparative Biology in San Francisco.

The Wildlife Profession: Our Unintended Secret.

A Career in Science, Policy, and the Business of Conservation

Kevin Hunting has worked in wildlife management, conservation planning, resource assessment, and wildlife policy for over 30 years and currently serves as Chief Deputy Director for the California Department of Fish and Wildlife. In this role, he identifies and manages complex wildlife, fishery, and natural resource issues affecting California and the west as well as monitoring and representing the administration on legislative proposals that affect wildlife policy and management in California. As the department’s chief executive, he oversees department operations, policy development, administration of department divisions, functions, strategic program assessment, and growth, as well as directing the activities of Deputy Directors and Regional Managers towards resolving local and regional natural resource conflicts, identifying opportunities for habitat restoration and improvement programs, and ensuring consistent program delivery and policy interpretation across the state.
Prior to his nine years as Chief Deputy, Kevin served as Deputy Director of the Ecosystem Conservation Division, Deputy Director of Regional Operation, Regional Manager for the South Coast Region, and Chief of the Habitat Conservation Planning Branch. In these capacities, he led efforts to develop policy, legislation, and organizational structures to address the impacts of commercial-scale renewable energy development on natural resources, and led resolution of department and state policies around advanced mitigation, species translocation, ecosystem services, captive propagation, and fully protected species.
As state and department wildlife policy lead, he participates in the California Endangered Species Act listing petition review process, consults with staff and provides final review and approval of species-specific management plans, led an effort to prepare a comprehensive assessment of vulnerable and declining California bird species, and institutionalized the Species of Special Concern administrative designation as a central part of conservation planning, wildlife management, and regulatory programs relating to wildlife and fisheries conservation in California.
Mr. Hunting first was appointed as Chief Deputy Director in 2010 by Governor Arnold Schwarzenegger and re-appointed by current Governor Jerry Brown. During these appointments he has testified numerous times in the California legislature in response to natural resource and wildlife legislation and has been central to the development of the department’s annual budgets including managing the budgets through the legislative process to adoption.
He holds a Bachelor of Science degree in wildlife biology from Humboldt State University, and served Western Section as Conservation Affairs Chair and President (2006).